Spanish is a very exotic language that is spoken universally. When you think of Spanish, you immediately think of fun things like travelling, music, dance and gastronomy. And did you know that after Chinese, Spanish is the most spoken language in the world? Spanish is now the world’s second most spoken language, but perhaps not for long. According to studies, more than half a billion people speak Spanish and that number is growing incredibly fast! So Spanish is spoken and learned by a huge amount of people, especially in Latin America, and it is the fastest-growing language in the world. Spanish even may become world language 1. More reasons to learn Spanish in Latin America? Well, culturally it will open a new world for you. In terms of traveling, literature, film, music and many other things. Read everything about it in our blog and who knows, maybe you will soon be communicating with half a billion people around the world! 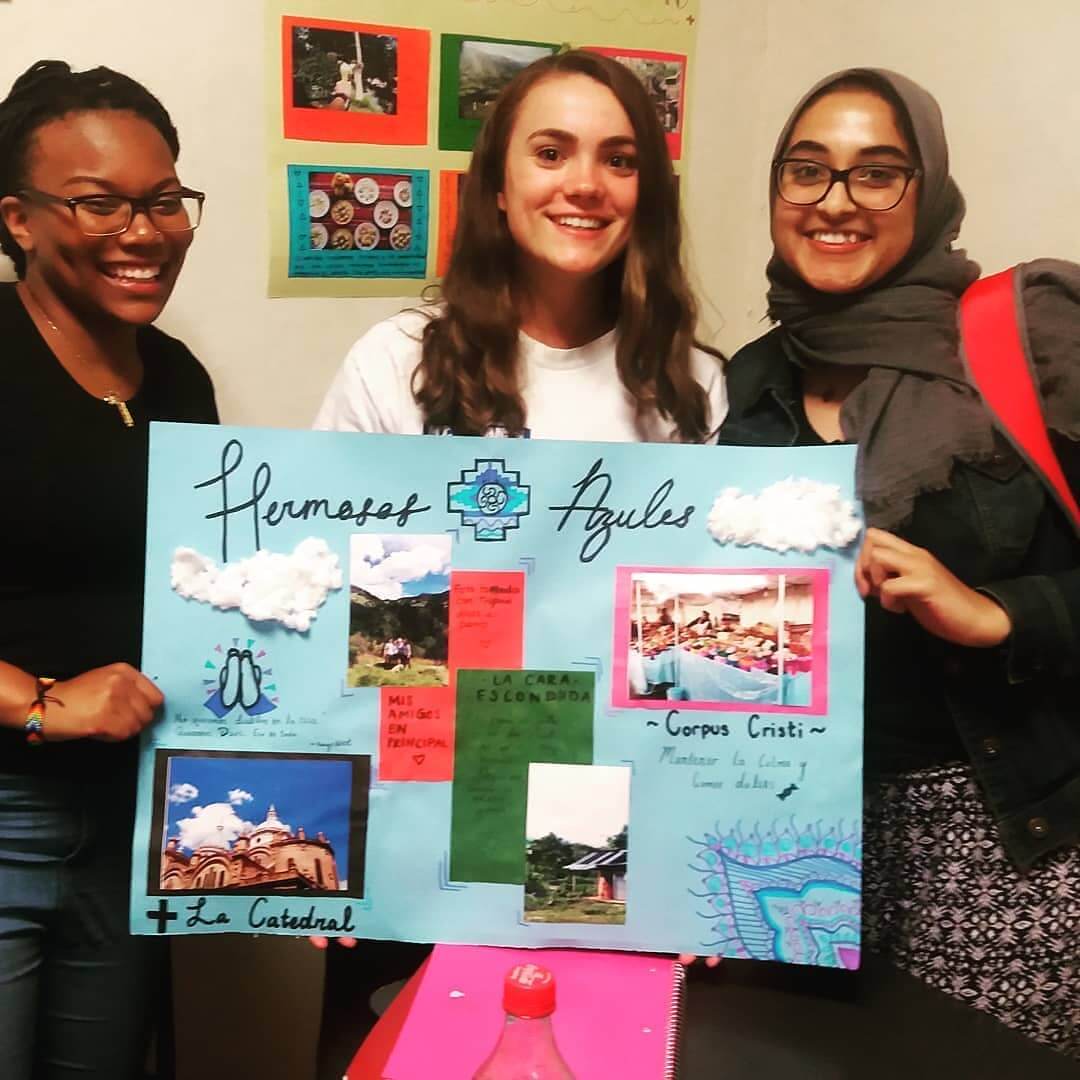 Spanish is a universal language

Spanish is the second most spoken language in the world and its popularity keeps growing. There are 20 Spanish speaking countries in the world with Mexico having the most speakers with 110 million. The popularity of Spanish in the world is not only because of all the Spanish-speaking countries, especially in Central- and South America, but also because of the arrival of the internet. The internet has made the world a smaller place and therefore it is easier for people to get in touch with the Spanish language. Another reason why Spanish is very popular is that Spanish is relatively easy to learn. Spanish words are pronounced the way you write them. And when you speak Spanish, it’s easy to learn other Romance languages like Portuguese, French and Italian. There are even comparisons with Arabic. If you speak Spanish, you know more than 4000 original words from the Arabic language. So you will also be able to make progress in the language in the Arabic culture.

A Spanish course in Latin America is an unforgettable experience. You will get to know the language and culture in a fun way. When you learn Spanish in a Spanish-speaking country, you are surrounded by people who only speak Spanish. You are busy with the language the whole day and you will notice that you will progress very fast. The extraordinary experiences you will have with local people and other students will be carried with you all your life. There is no better way to learn Spanish in a language school in Latin America! But learning the Spanish language is more than a normal language experience. Through complete immersion in Latin American culture, you get to know the host country and the region where you are staying very well. In addition, you gain a lot of social skills and contacts. Most likely you will make friends for life. People in Latin America are also very open-minded and they are always in for a nice chat. They don’t mind if you make mistakes and appreciate it when you try to learn the language. The Latin American continent can also not be summarised in a few sentences. It`s the best environment for your next Spanish course. Every country is different, but one thing is certain. Each country has its own unique and dazzling beauty. Central American travel is often known for its beautiful nature and ancient cultures. And South America, has also everything you are looking for: idyllic beaches, mountains, deserts, animals, dense jungles, waterfalls and ancient culture. 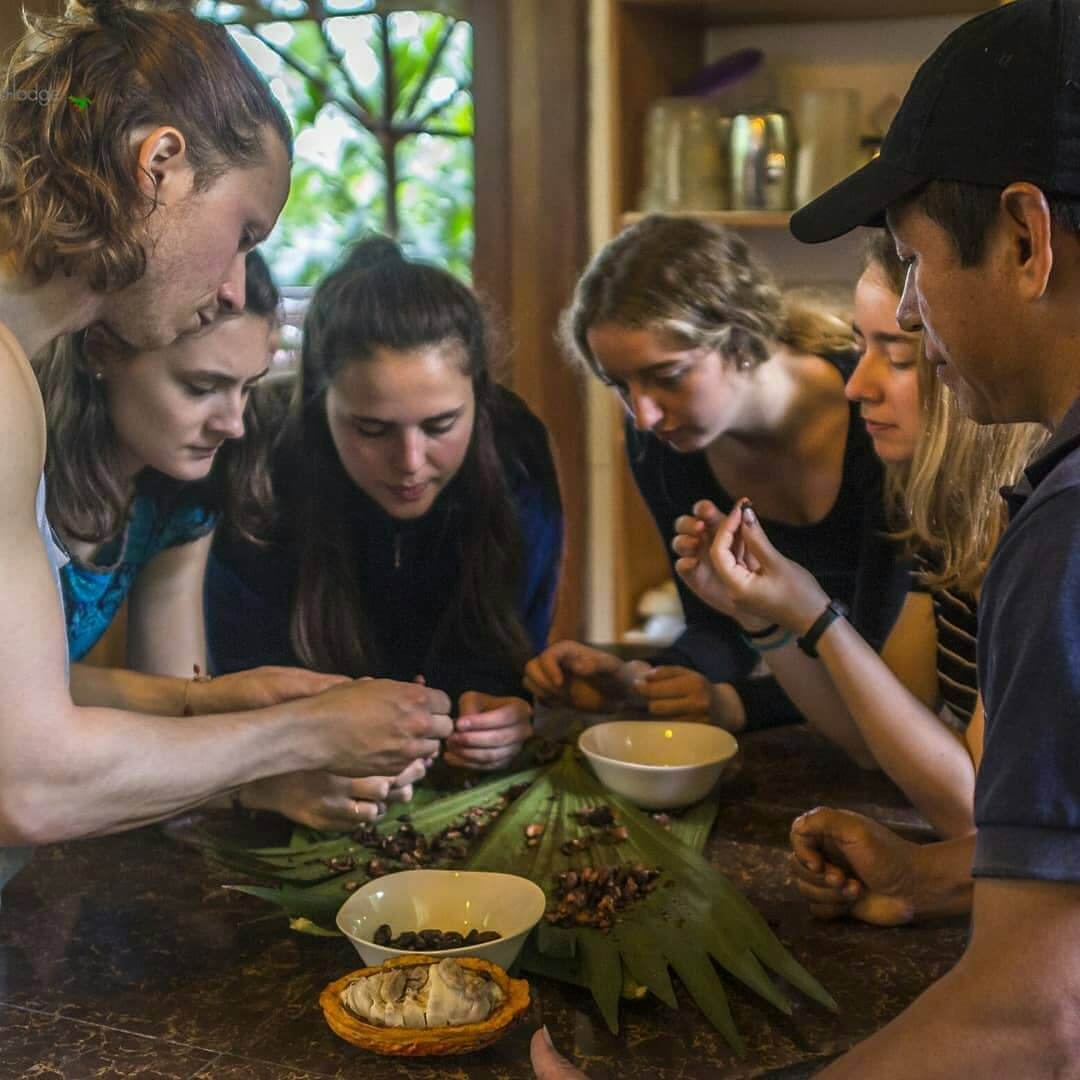 Have you always dreamed of backpacking Latin America? Imagine yourself in a sunny and exotic place. Enjoying life and experiencing the most beautiful adventures! Latin America has something to offer for every traveler because it is so incredibly diverse and beautiful. Of course, you can travel around with knowledge of the English language. But you will notice immediately that few people speak English. Communicating with the local people is very difficult and often you need to use hand and foot language. You will also not be the first tourist who is cheated in a taxi ride or while buying a souvenir because you do not speak Spanish! Learning Spanish in Latin America makes travelling so much more fun and easier. You will find out that you can make better contacts and therefore you get a much more positive experience out of traveling. Even if you only learn the basics of Spanish. Like asking for directions, traveling by public transport, booking a hostel, eating in a restaurant, bargaining for a nice tour etc. With Spanish, it will all be much more fun and it is very relaxed. You will be able to make new friends and you will pick up the local culture much easier. With learning Spanish in Latin America, your cultural immersion experience will be huge with encountering the most beautiful places and people. The simple things make it so nice. Just the joy of traveling and to have a chat with a local. Another great way to practice Spanish is to combine fun and volunteer work with Spanish lessons in Latin America. Many destinations in Latin America have amazing volunteer projects. It is a great way to get in touch with local people and to practice your Spanish in real-life situations!

If you speak Spanish, the world lies at your feet. The Spanish language will always be useful for you. If you have traveled to Latin America, it will look very good on your resume. But if you also speak a second language, you will benefit from this in the business world. Companies are becoming more and more international, and the Spanish-speaking world has become smaller due to the internet. The interest in the Spanish language is therefore increasing and students often choose to learn Spanish as an extra subject at school. Learning Spanish in Latin America is an excellent idea to boost your CV, both professionally as personal this will be of great benefit. If you speak Spanish, learning another language is also easier. The step to learning for example Portuguese, French or Italian makes it much easier. French, Portuguese, Italian or even ancient Latin. They are all related to Spanish. Once you have mastered the grammar, your vocabulary is large enough that you understand people and the facets of Spanish have become automatic, you are ready to learn yet another language. Without a doubt, learning Spanish in Latin America is a positive boost to your life. You will meet new people on your Spanish course while traveling and you will be able to talk with local people in their language. Nothing is better than really understanding each other. Of course, learning Spanish requires motivation, but the reward in return is very great. Learning Spanish opens many doors that are otherwise closed. 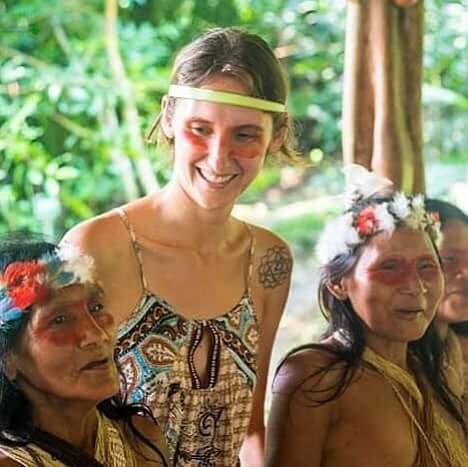 It is a bit of a cliché. But learning Spanish is very cool! Many people say Spanish is a fun language to learn, and we agree. The words of Shakira and Enrique Iglesias or the famous Despacito song by Luis Fonsi will make you want to dance. It’s also great fun to know what they’re singing in Spanish and then sing along loudly! 😊 Listening to Spanish music is great, but it’s even better if you understand what’s being sung. The same goes for Spanish literature, movies on Netflix etc. Translated many are already very beautiful, but in Spanish, everything is even more beautiful. If you speak Spanish, you immerse yourself in the culture and you immediately experience everything on a much grander scale. After reading this blog, would you like to learn more about our Spanish schools in Latin America? We like to prepare you for your next adventure and to learn Spanish in Latin America! Contact us today and we will help you plan the ultimate language trip! Maybe you will become our student and the Spanish world will open up for you!

Click one of our contacts below to chat on WhatsApp

WhatsApp Chat is free, download and try it now here!